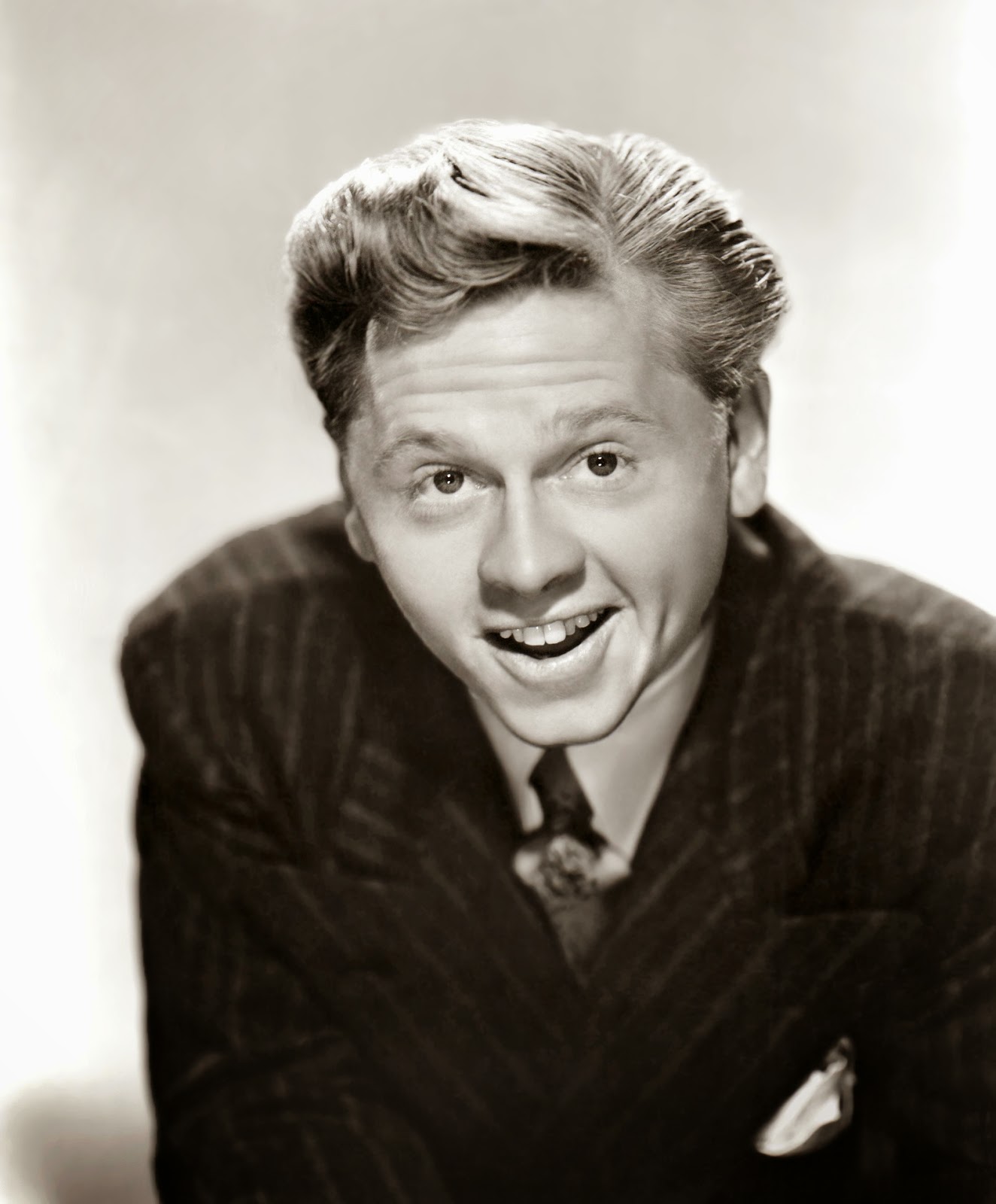 This is just too incredible to be true and to have survived! 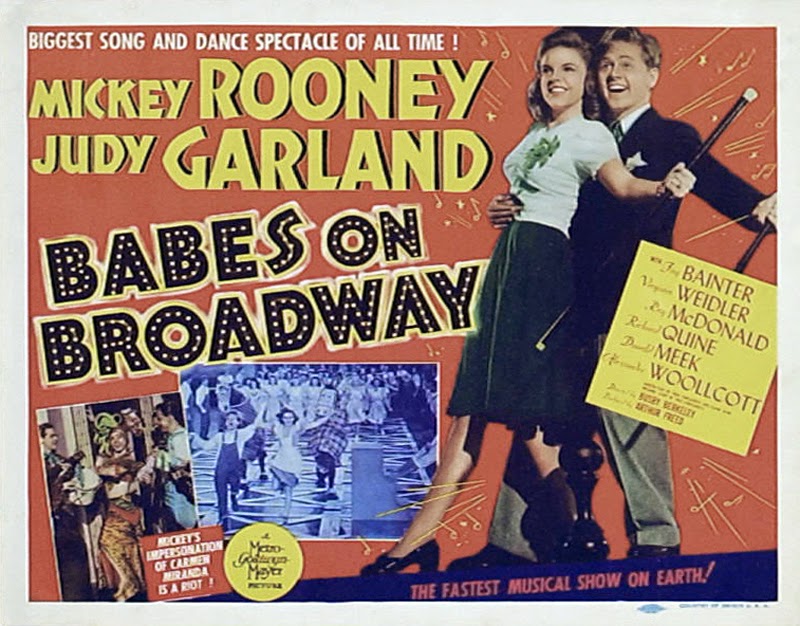 The floor length skirt is made up of an amazing kaleidoscope of colors! Mauve, orange and red satin, trimmed with bronze and mauve paillards; on the inside.

I have always loved the MGM movie series with Judy Garland and Mickey Rooney and this particular musical number where he portrayed musical cabaret and film star Carmen Miranda. The musical sequence begins with "Bombshell from Brazil" sung by Judy Garland and a host over others and then moves into the song "Mama Yo Quiero" where Mickey Rooney sings and dances in the costume. And ends with the wonderful cry “Hey Ma!”.

Here is the link to the number: 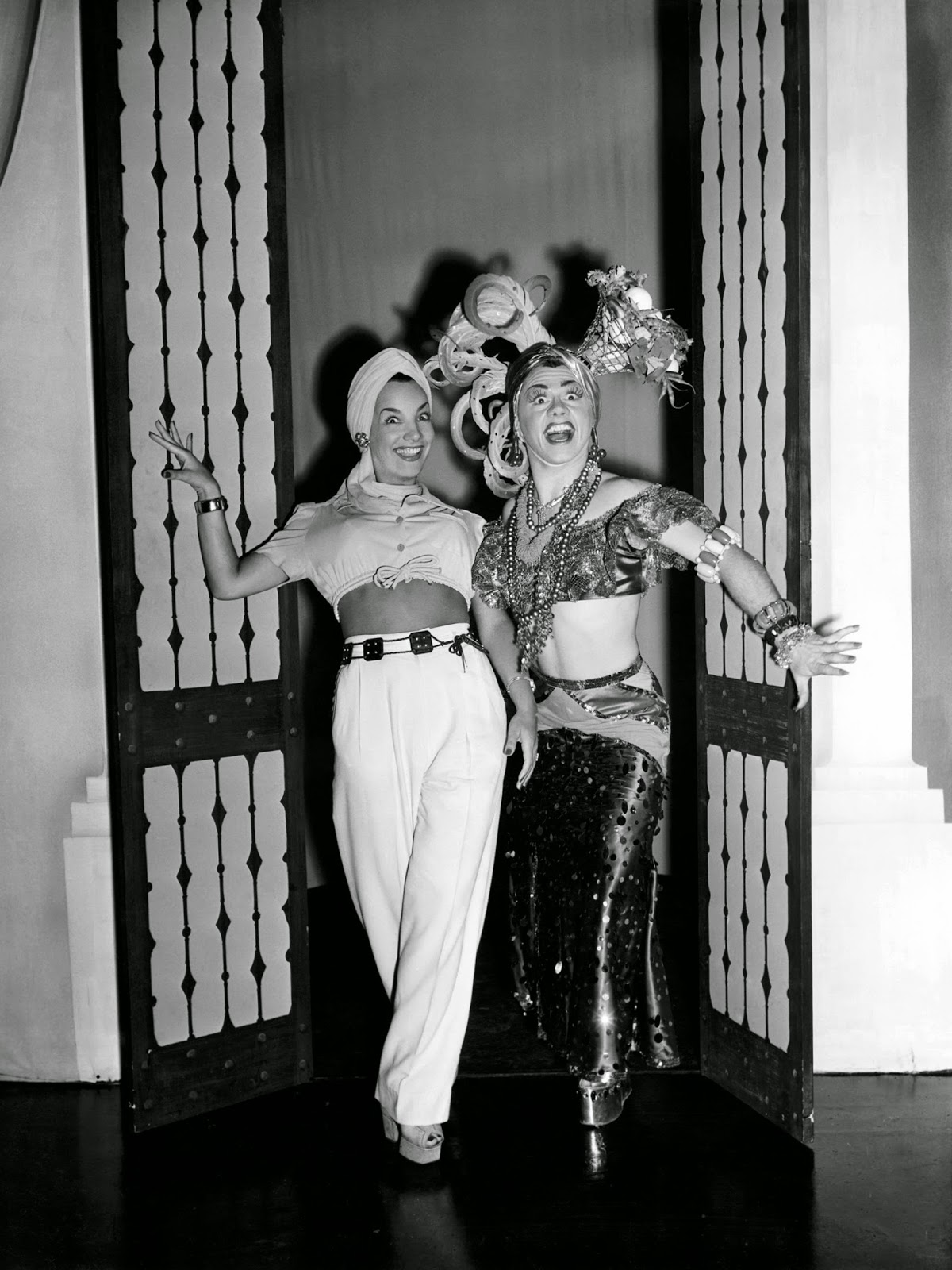 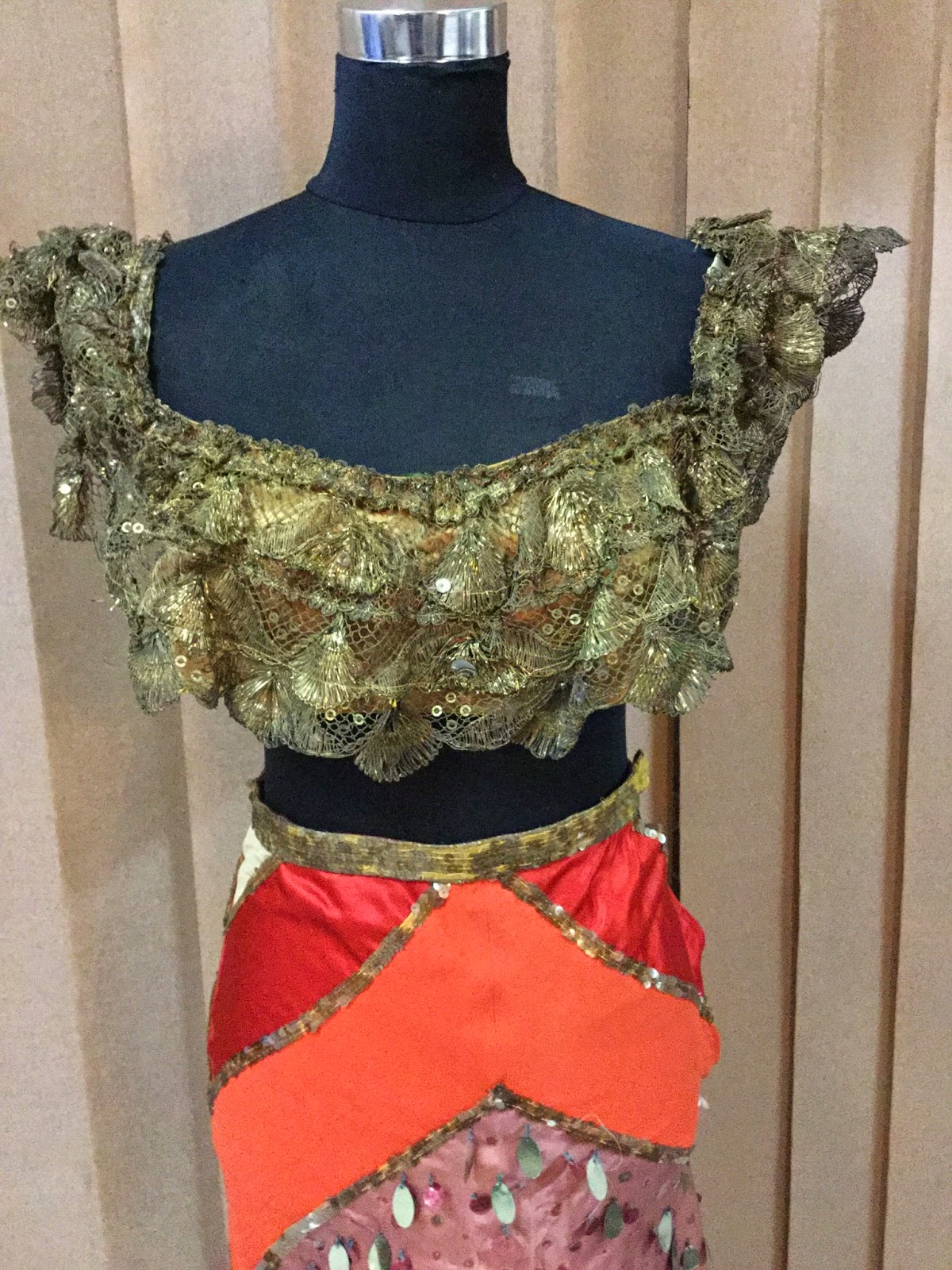 What is amazing also about the production number and the shooting that day was that Carmen Miranda herself was present on the day for publicity stills together with Busby Berkley. Also wonderful to see the costume in so many photos!

A great piece of MGM film history, the early and wonderful MGM musicals and from this wonderful, amazing and much loved performer.

Posted by thecostumecollector at 6:32 AM