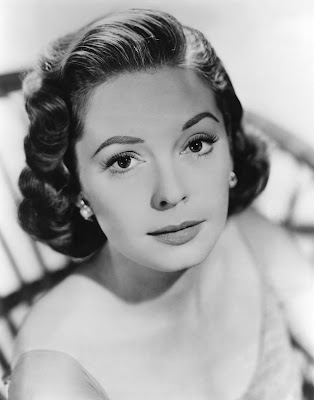 Jane Greer was a film actress who despite making less than 30 films in her career, is remembered for roles in film noir classics and for playing the femme fatale. 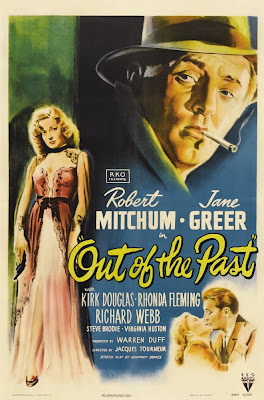 It is a little known fact that Greer suffered from facial palsy as a child and that as result, utilised the expressionless face 'look'in
later years. It has been mentioned that this 'look' is what she became known for in her films. Greer has been referreed to as the woman with the Mona Lisa smile.

The two costume pieces here are worn by Jane Greer in two of her more popular roles.

The first piece is a simple nightgown consisting of a gray cotton fabric with lace design to the neck line and sleeves that was worn in possibly her most memorable film noir roles in Out of the Past for RKO in 1947. Out of the Past was directed by Jacques Tourneur and starred Robert Mitchum, Jane Greer, and Kirk Douglas. The film is considered by film historians to be one of if not the best film noir with its complex storyline, flashbacks and cinematography.

Costumes for the film were designed by Edward Stevenson. 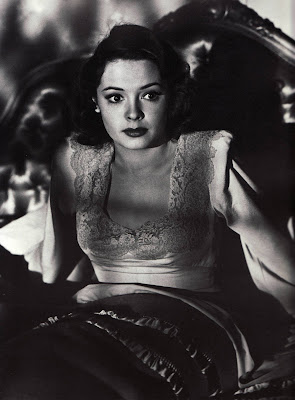 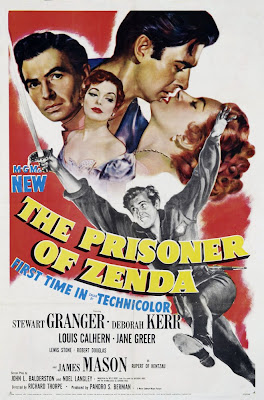 This second costume is a wonderful two piece red velvet period gown with lace bodie and trim worn by Greer in the 1952 MGM classic "The Prisoner of Zenda" Costumes for the film were designed by Walter Plunkett who designed for film classics including Gone With The Wind. 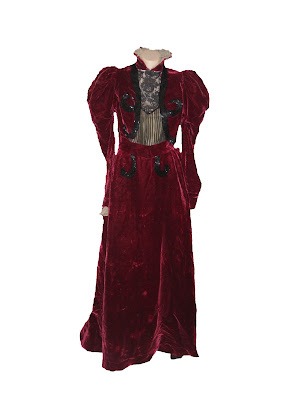 Purchased from the Bill Madigan Collection 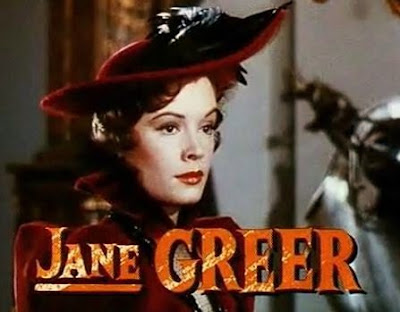 The film tells the story of an Englishman vacationing in a Ruritarian kingdom and who is asked to impersonate the soon-to-be-crowned king when the real king to be is drugged and kidnapped. 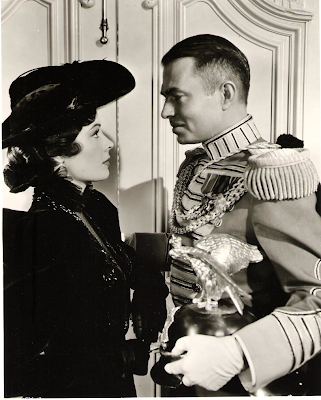 The film also starred Stewart Granger and Deborah Kerr and was a remake of the 1934 classic with In later years, Greer took on many television roles including Alfred Hitchcock Presents and Murder, She Wrote. 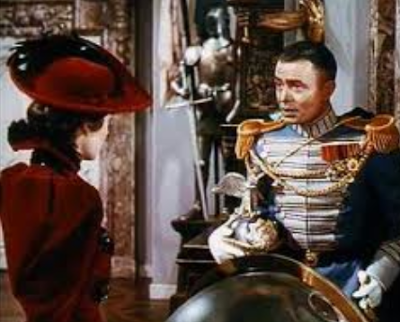 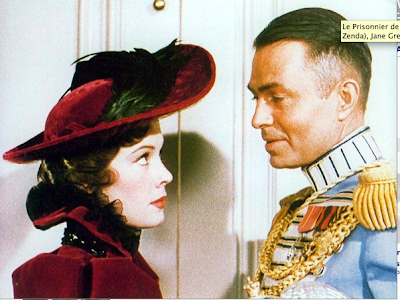