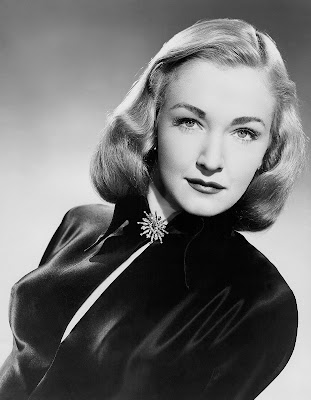 This full length period lavender gown was worn by Nina Foch in the Cecil B. DeMille 1956 epic, The Ten Commandments in which she played Bithia, Pharaoh's sister who found the baby Moses in the bullrushes, adopted him as her son, and joined him and the Hebrews in their Exodus from Egypt. 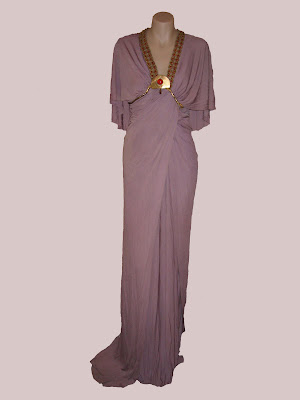 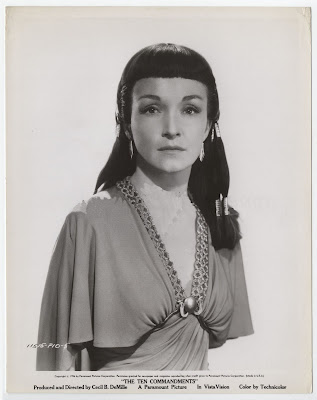 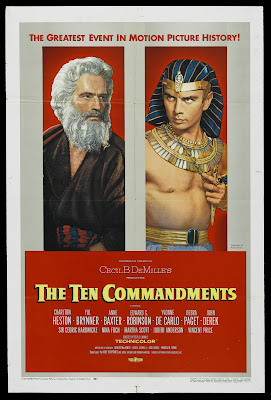 The costume was worn by Nina Foch in the scene where Charlton Heston as Moses approaches Bithia and confronts her with the Hebrew cloth that Moses was found in an a child. 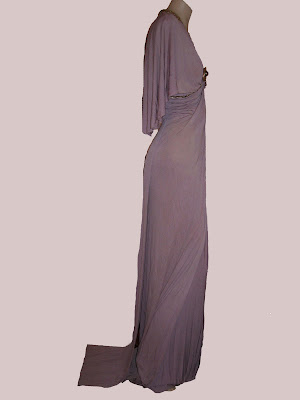 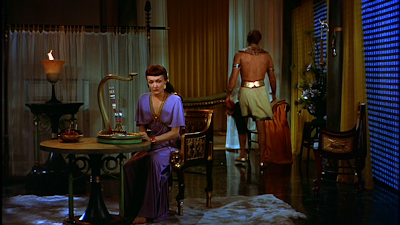 The costume can be seen in the video below and comes in at 6:20, sorry I could not find an English version on youtube:

The gown is also worn in the next scene where Moses visits his real mother. The costume is worn under a robe for that scene.

Slightly altered from its original use, the clasp to the front was changed for use in another production. Not worked it out yet. 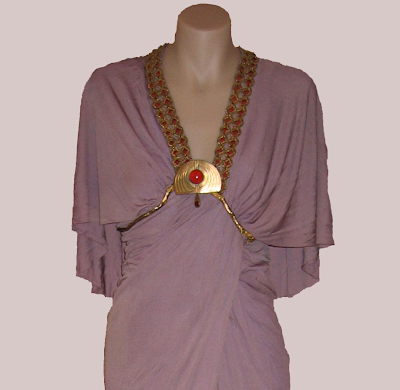 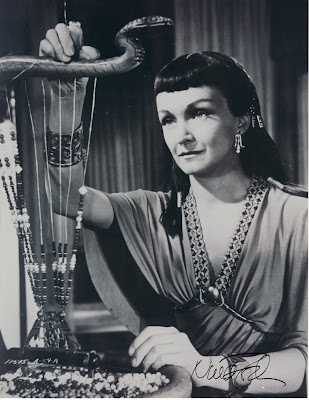 I was lucky enough to also come across the bracelet that is worn by Foch in the scene with the costume and managed to get them back together again. Below is the bracelet. 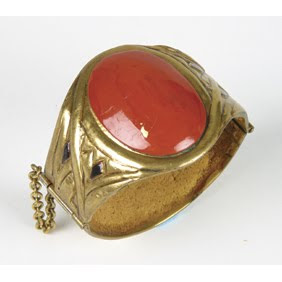 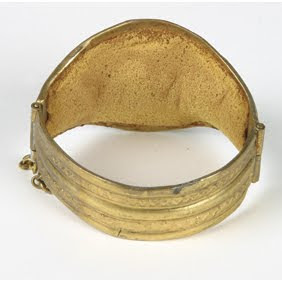 Costumes for the film were designed by an array of talent available to Paramount at the time including Arnold Friberg, Edith Head, Dorothy Jeakins, John Jensen and Ralph Jester. Added to this are at least 20 more talents that were not credited to the final work. With an epic such as this, the task of costuming not only stars such as Nina Foch, Anne Baxter, Charlton Heston and Yul Brynner but thousands of extras with filming in the US as well as in Egypt.

Below is a copy of the original sketch of the Nina Foch gown from the film. 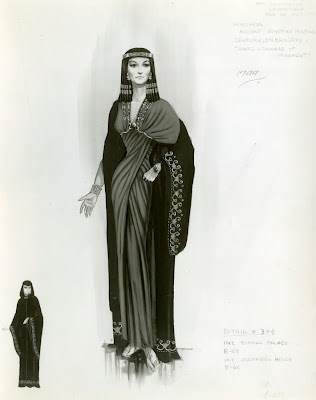 Here also is photo of Nina Foch on the set in costume. 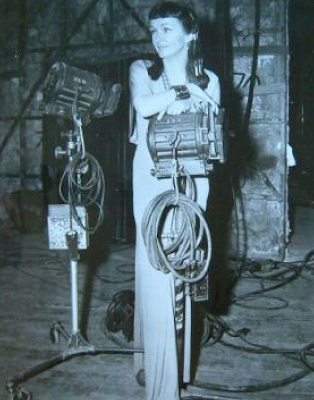 Dutch born Nina Foch has appeared in many memorable films of the 40’s and 50s including Marie Antoinette in Scaramouche (1952), Executive Suite (1954), starring William Holden, Spartacus (1960) opposite Kirk Douglas and Laurence Olivier and An American In Paris with Gene Kelly in 1951. 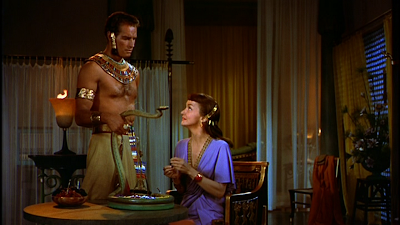 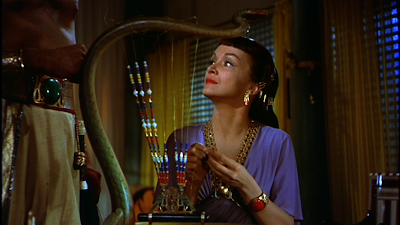 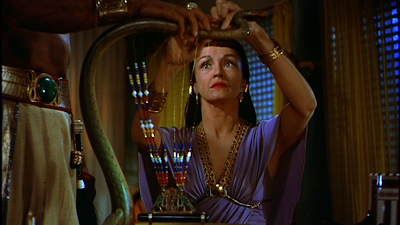 Nina Foch spent the last 40 years of her life not only performing however teaching acting and directing at major teaching institutions. Foch was a forty-year member of the Academy of Motion Picture Arts and Sciences. 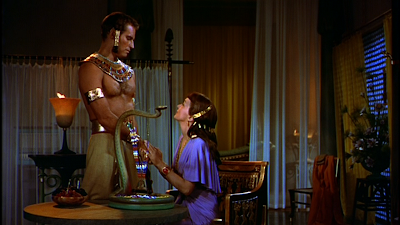 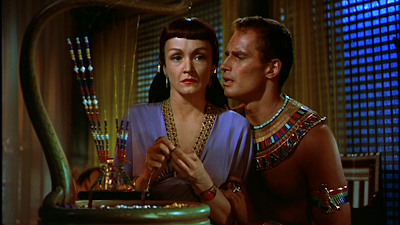 Foch was married three times, one time to James Lipton host of Inside the Actors Studio. 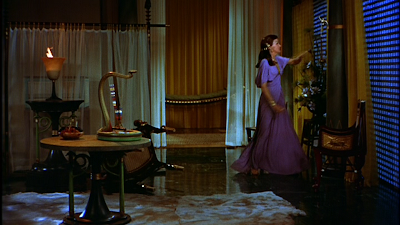 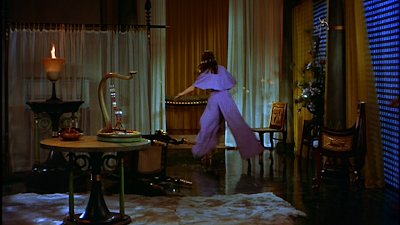 Foch died in December 2008, of complications from a blood disorder. 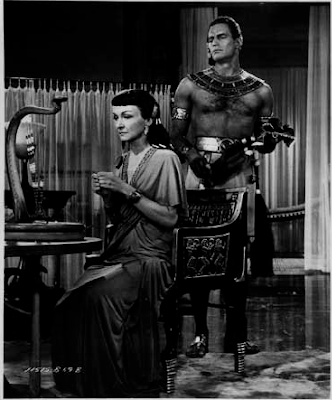 Posted by thecostumecollector at 8:51 PM 8 comments: