JANE POWELL THE GIRL NEXT DOOR

Here is a gown worn by Jane Powell in the 1948 MGM film “Luxury Liner”. 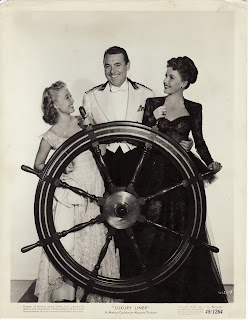 This beautiful pink and beige lace formal gown, worn by Powell in her starring role as Polly Bradford in the 1948 comedy musical Luxury Liner. Designed by Helen Rose, this gown features a pink floral pattern along the beige lace and pink fabric wrap. 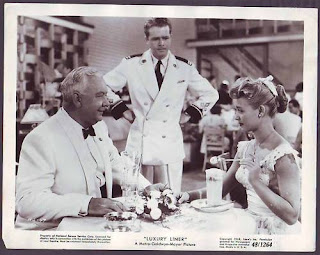 Jane Powell became a child at MGM as a teenager working in films opposite stars including Fred Astaire, Elizabeth Taylor and Howard Keel. Powell made many memorable films for MGM including Royal Wedding, Seven Brides for Seven Brothers. 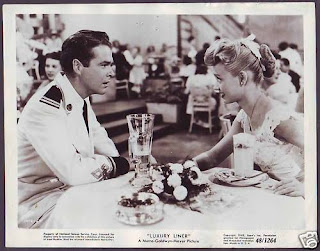 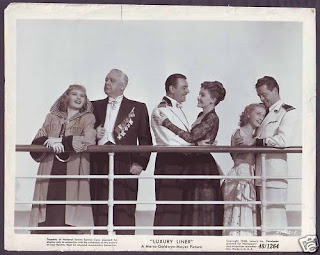 Posted by thecostumecollector at 9:59 PM No comments:

Here is a beautiful full length sequinned evening gown worn by Jane Russell in the film “The Revolt of Mamie Stover”. The film was made at 20th Century Fox studios in 1956. 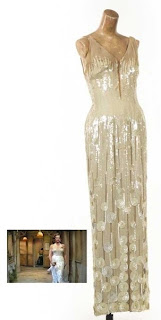 Capturing the essence of one of the sexiest women to grace the silver screen, the gown was designed for ms Russell by Bill Travilla who designed for many of her films and for another film great Marilyn Monroe. 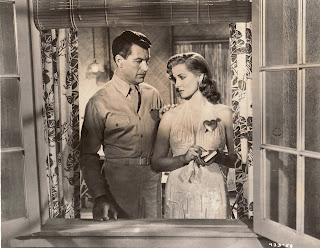 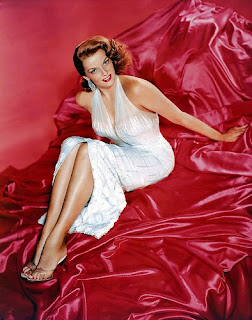 Russell in the film plays a Mississippi prostitute and later a war profiteer. The film was directed by Raoul Walsh.

Jane Russell has starred in many memorable roles including “The Outlaw” in 1943 and of course “Gentleman Prefer Blondes”. A great piece of Hollywood glamour from the 50's. 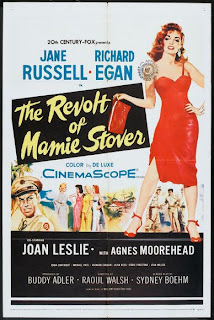 Posted by thecostumecollector at 5:47 AM 9 comments:

This is a Debbie Reynolds dance costume worn by her in the MGM musical "Give a Girl A Break". The gown was designed by the wonderful Helen Rose in 1953. The dance costume consist of a yellow chiffon top and cream chiffon skirt with multiple ruffled layers of underskirt. 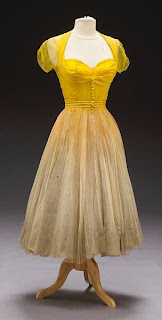 The gown is used in a wonderful dance sequence with the legendary dancer and choreographer Bob Fossee. The production number was unique in that it was filed in reverse to allow Reynolds and Fosse the opportunity to look like they were un- popping balloons during the dance sequence. They look amazing in this sequence directed by Stanley Donen and choreography by Gower Champion. A great piece of MGM musical History. 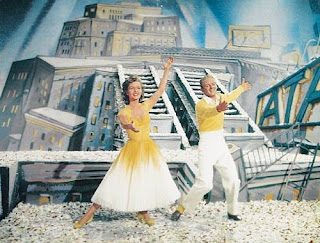 Ms Reynolds in her own right should be noted as a prolific collector and preserver of Hollywood history and has managed to collect some wonderful treasures not only from her days at MGM but from every major studio. A great lady and a wonderful collector. I had the pleasure of meeting her once on her tour and talking ever so briefly in relation to costumes and collecting. I wish it could have been longer!

Here is the dance number in which the costume appears!

Posted by thecostumecollector at 3:14 AM 2 comments:

BETTY GRABLE THE GIRL WITH THE MILLION DOLLAR LEGS 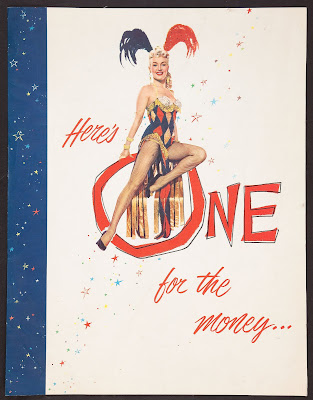 Here is a showgirl costume worn by actress and pin-up girl Betty Grable, also known as "The Girl With the Million Dollar Legs." This costume was worn in the 1955 musical "Three for the Show." It was to be Grable's next-to-last film role. 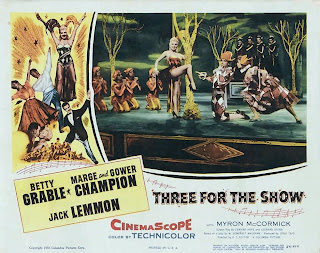 Costumes for Grable were designed by Jean Louis. 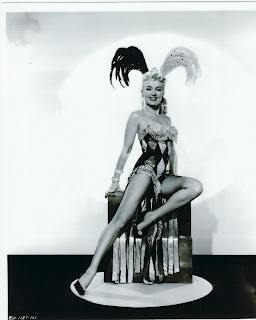 The musical tells the story of singing-and-dancing stage star Julie (Betty Grable) who assumes that her husband Marty (Jack Lemmon) is missing in action during WWII and presumed dead. Grable is engaged to new love Vernon (Gower Champion), when Lemmon returns. 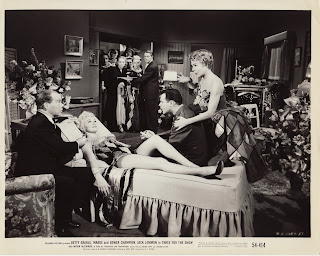 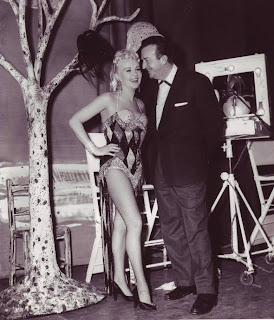 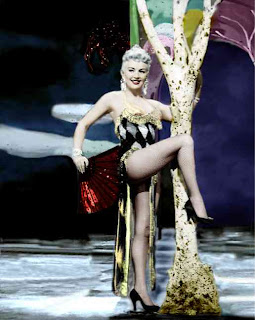 The costume was used in the Poster art for the film and is constructed of a leotard covered in thousand of bugle beads and sequins in a harlequin design. 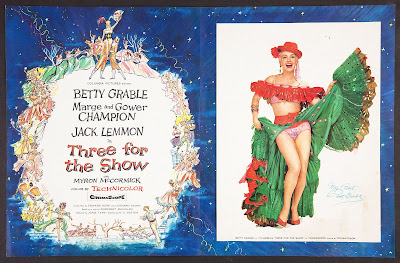 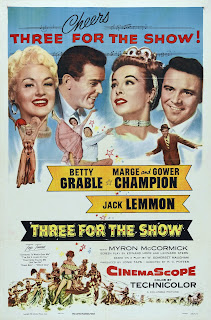 Posted by thecostumecollector at 2:16 AM No comments:

Here is a stunning gown worn by Ethel Merman in “Call Me Madam” 20th Century Fox pictures in 1953 when she portrayed the hostess with the mostest “Sally Adams. 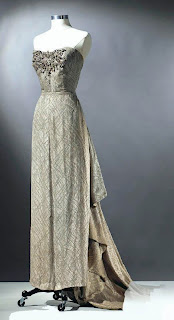 Merman portrayed the role on Broadway opening in October 1950 where it ran for 644 performances. When the musical was adapted for film in 1953, Merman was offered the role. Costumes for both the Broadway and film version were designed by Irene Sharaff. The gown is silver patterned strapless evening gown with a jeweled bodice. The dress also comes with a very long rear train. If you know the film, the dress itself plays an integral part to the scene Merman also sings one of the hits from the film whilst wearing this gown, “The International Rag” by Irving Berlin. 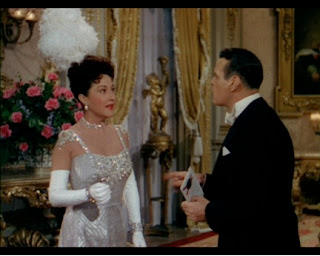 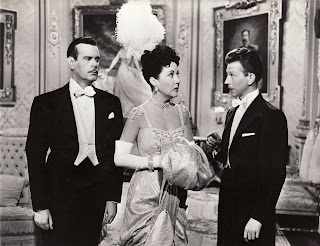 And here is Ethel Merman doing the International Rag!

Posted by thecostumecollector at 1:15 AM No comments: