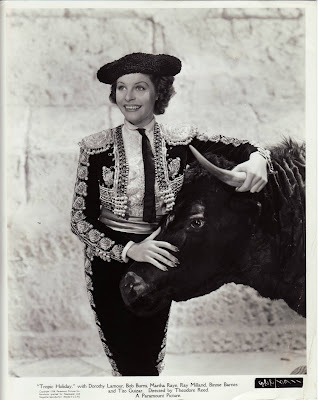 Martha Raye was a much-loved comic actress and singer who performed in movies as well as television in her later years.

A singer in big bands, Raye also travelled during World War II, the Korean War, and the Vietnam War to entertain American troops. 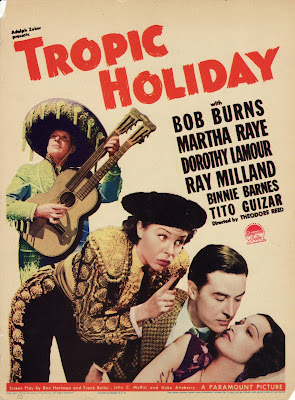 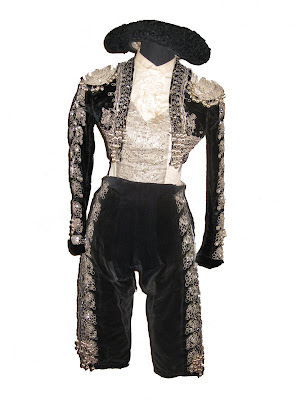 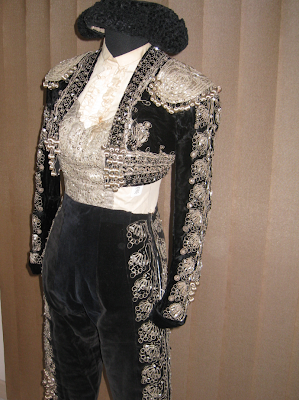 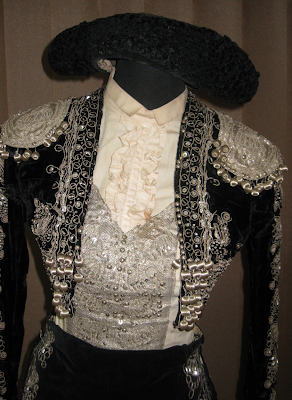 Raye wears this costume in a funny sequence in which she masquerades as a bullfighter and is forced to defend herself against a vicious bull. 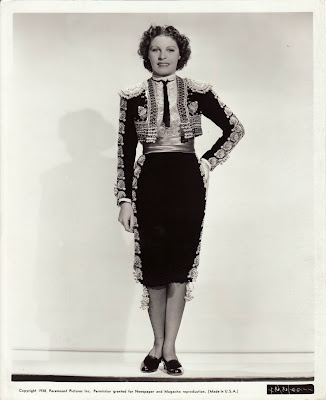 Edith Head designed the costumes for the film. 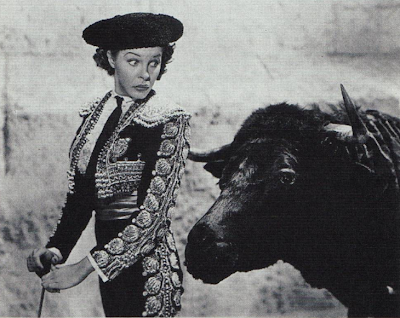 The costume also appears in many production stills for the film’s release including various costumes poses as seen below. 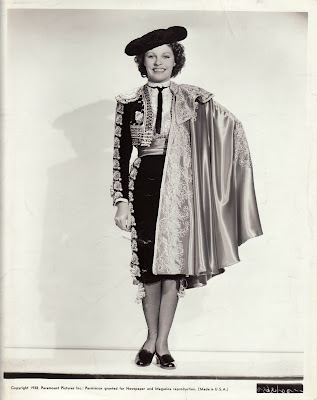 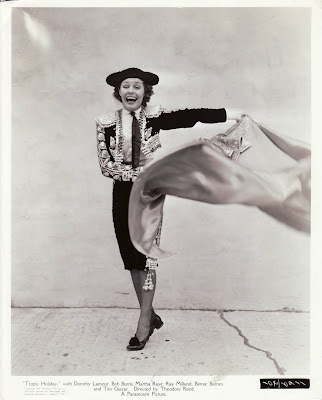 This is a copy of the original Edith Head costume sketch for this costume piece. 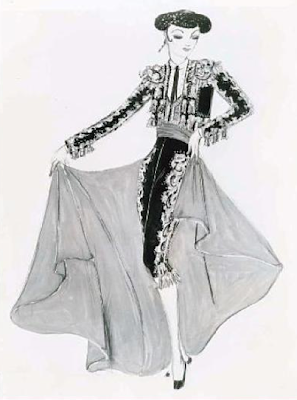 Raye had her own television program in the 50’s with The Martha Raye Show.
In her final years she was remembered for her ongoing role on the CBS sitcom comedy “Alice” as Mel Sharples' mother, Carrie. 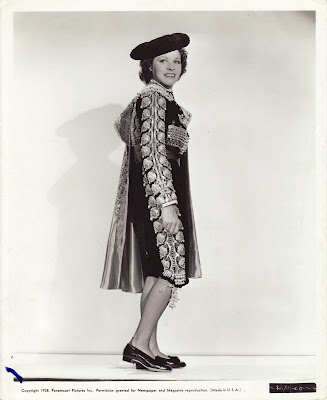 She was married seven times.
Posted by thecostumecollector at 4:09 AM No comments: