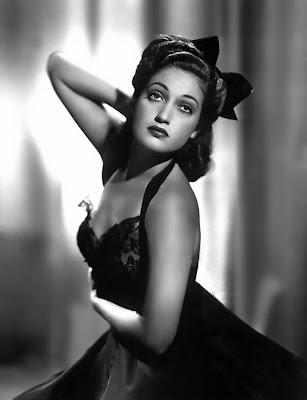 Dorothy Lamour was an American film actress who is best remembered for her performances in the series of “Road to..” films opposite Bing Crosby and Bob Hope.

Dorothy Lamour is also remembered for her many films in which she wore the characteristic sarong dress, which was deigned for her by the legendary Edith Head during her years at Paramount pictures. Lamour first appeared in the sarong in the 1936 Paramount film “The Jungle Princess”. In fact she appeared in 11 films thereafter in Sarong. Audiences remember Lamour best for these films. 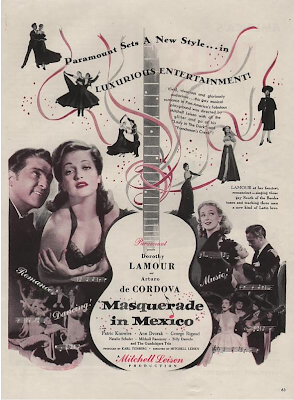 Here is an elegant black satin halter gown worn by Dorothy Lamour in the film Masquerade In Mexico (1945). Costumes designed by Edith Head. The gown features intricate lace design to the bodice and trim to the hem. The film tells the story of an American singer stranded in Mexico who is hired by a banker to distract a Mexican matador who is making a play for the banker's wife. They hatch a scheme whereby she pretends to be a Spanish countess. 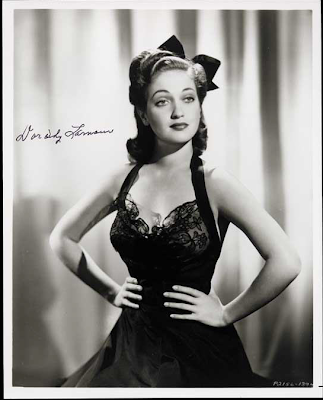 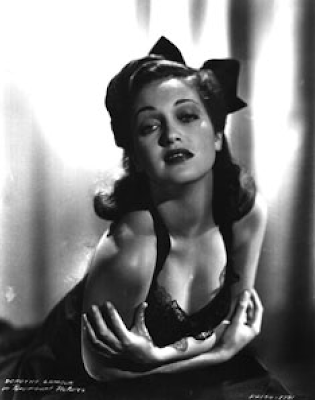 A wonderful Edith Head creation for one of Paramount’s biggest box office draws of the 1930’s and 1940’s. 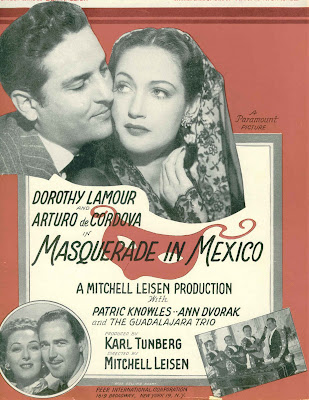 Posted by thecostumecollector at 8:40 PM 3 comments: