THIS IS THE WORLD OF SAMANTHA EGGAR 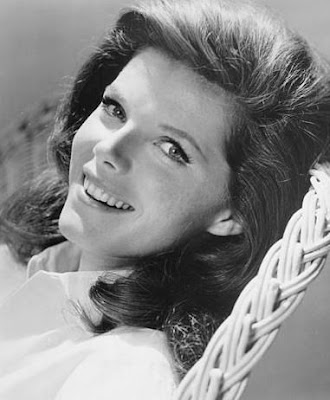 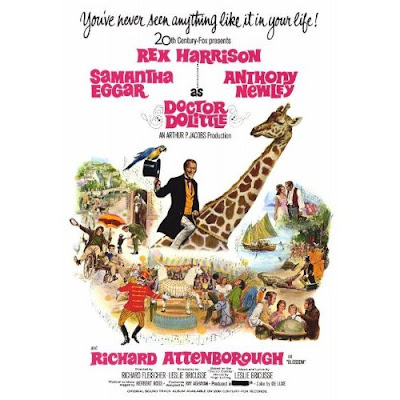 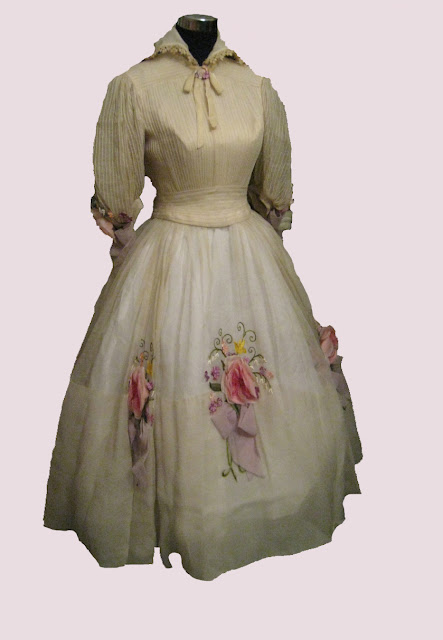 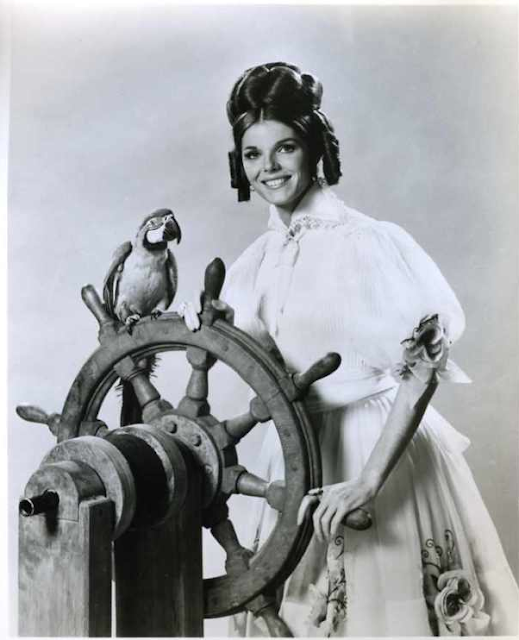 The dress is decorated with cloth flower accents. 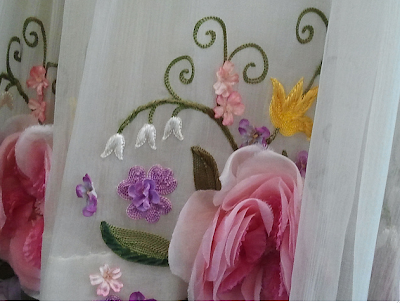 The costume is worn by Samantha Egger at the outdoor carnival scene.

You can see the gown as it appears on screen in these edited clips from the film. The dress can be seen at 0:34.  The song is not from the film:

This link takes you to the song “Beautiful Things” where Samantha Eggar is wearing the gown.

Costumes for the film were designed by Ray Aghayan who is best known for his partnership with designer Bob Mackie in many many film and television and stage productions.  Ray Aghayan also designed for other films including "Lady Sings the Blues" in 1973 and "Funny Lady" in 1976.

The story of Doctor Dolittle is well known and tells the story of veterinarian Rex Harrison who has the talent of speaking to animals in animal languages.  Dr Dolittle sets off around the world to search for the Great Pink Sea Snail. The film has some very memorable songs including “ This Is the World of Doctor Dolittle” sung by co-star Anthony Newley and Rex Harrison singing "If I Could Talk To The Animals."

No you’ve never seen anything like it in your life! 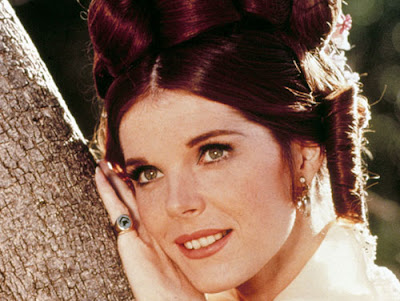 Posted by thecostumecollector at 8:19 PM