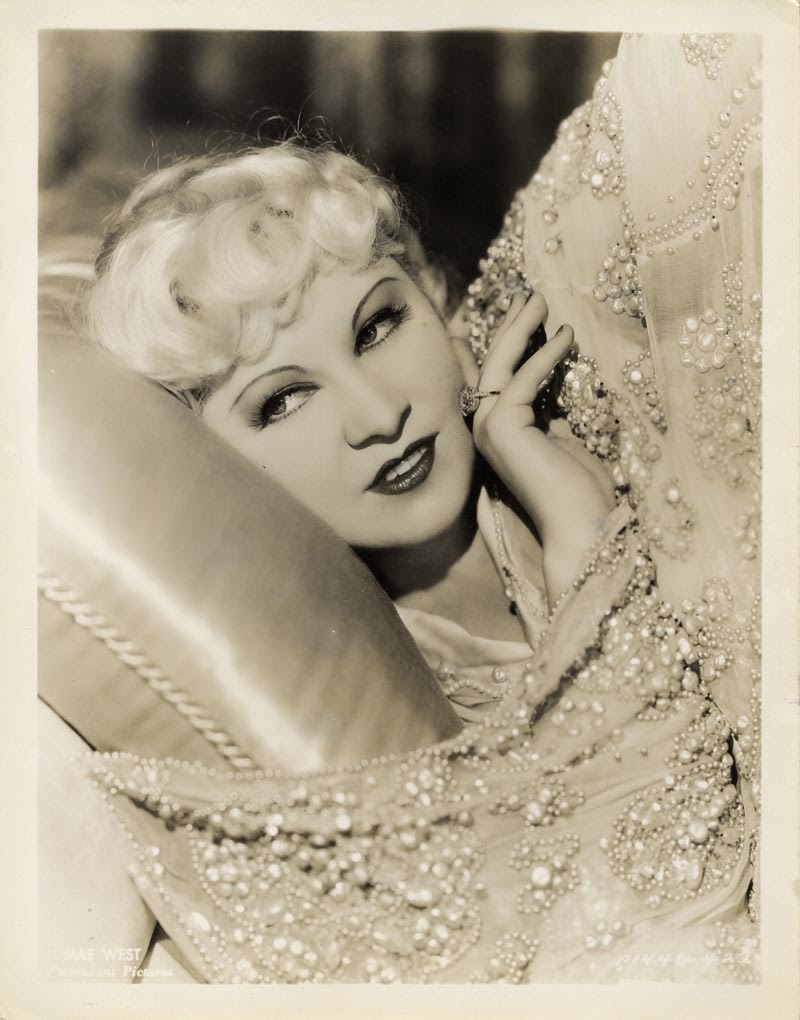 Here is an exquisite period gown designed by Paramount’s legendary Travis Banton and worn by screen sire Mae West in the 1934 Paramount film “Belle of the Nineties”. 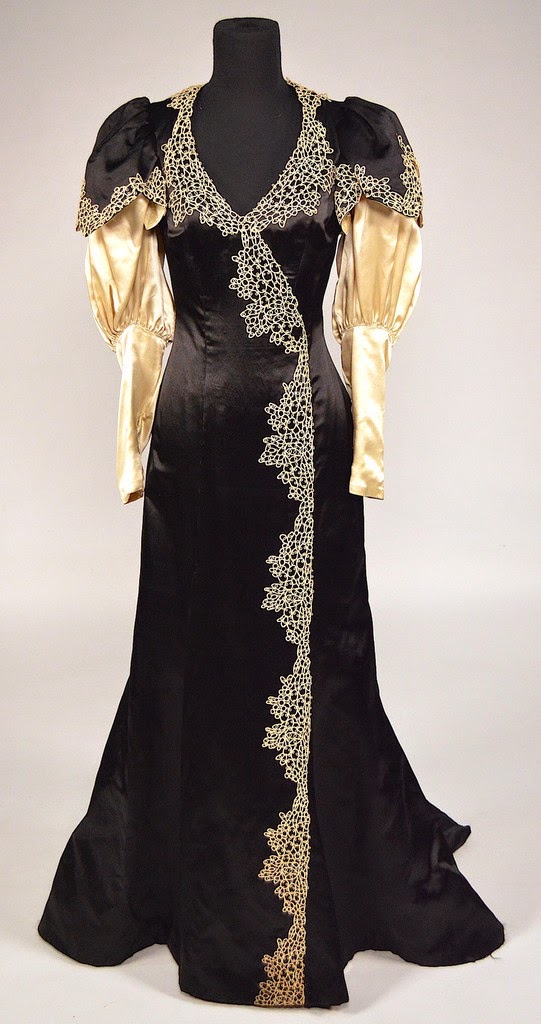 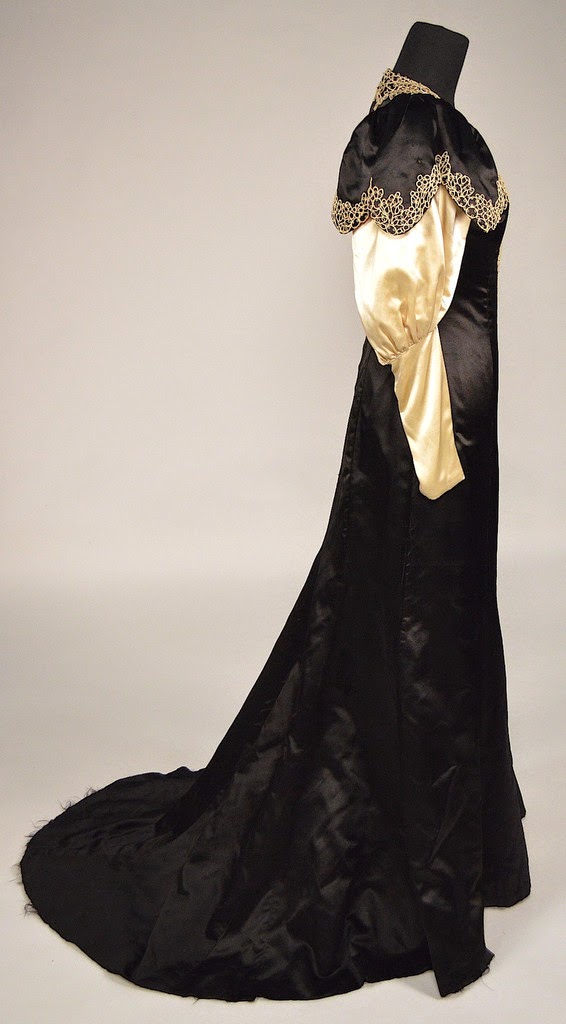 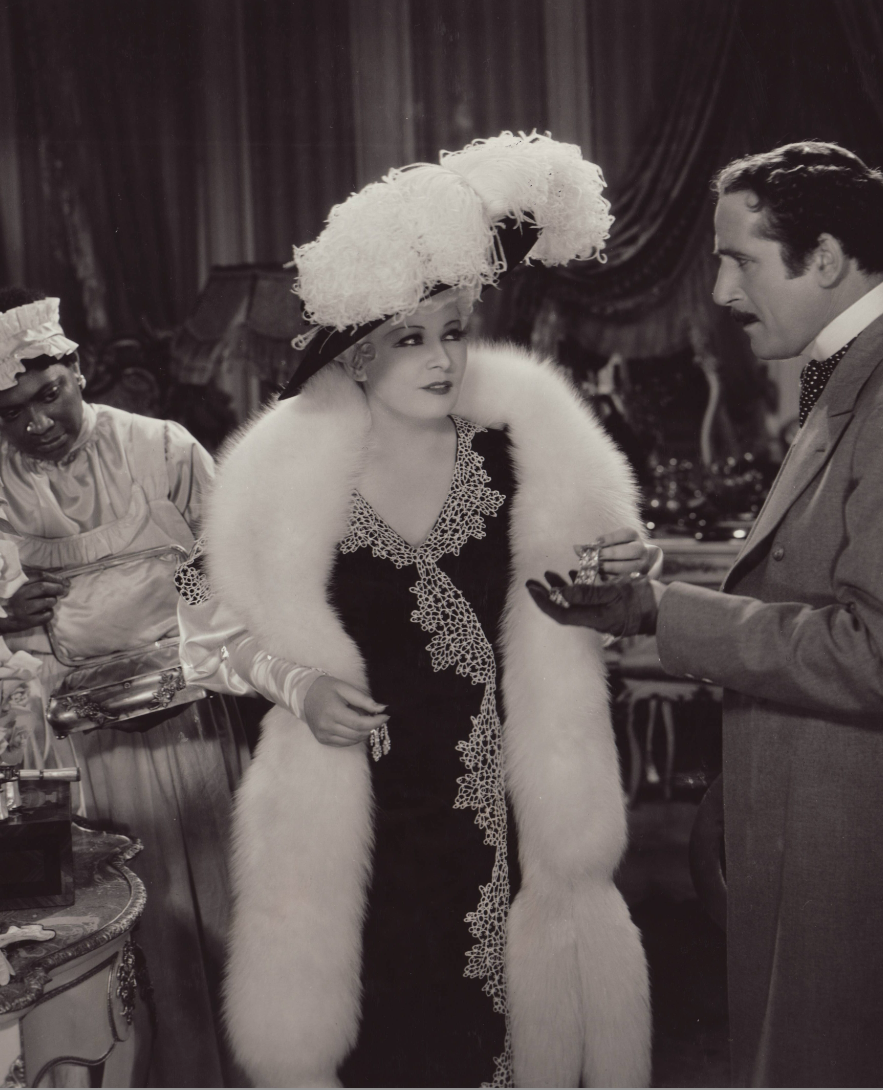 Here is a close up of the intricate lace work that runs the length of the gown. 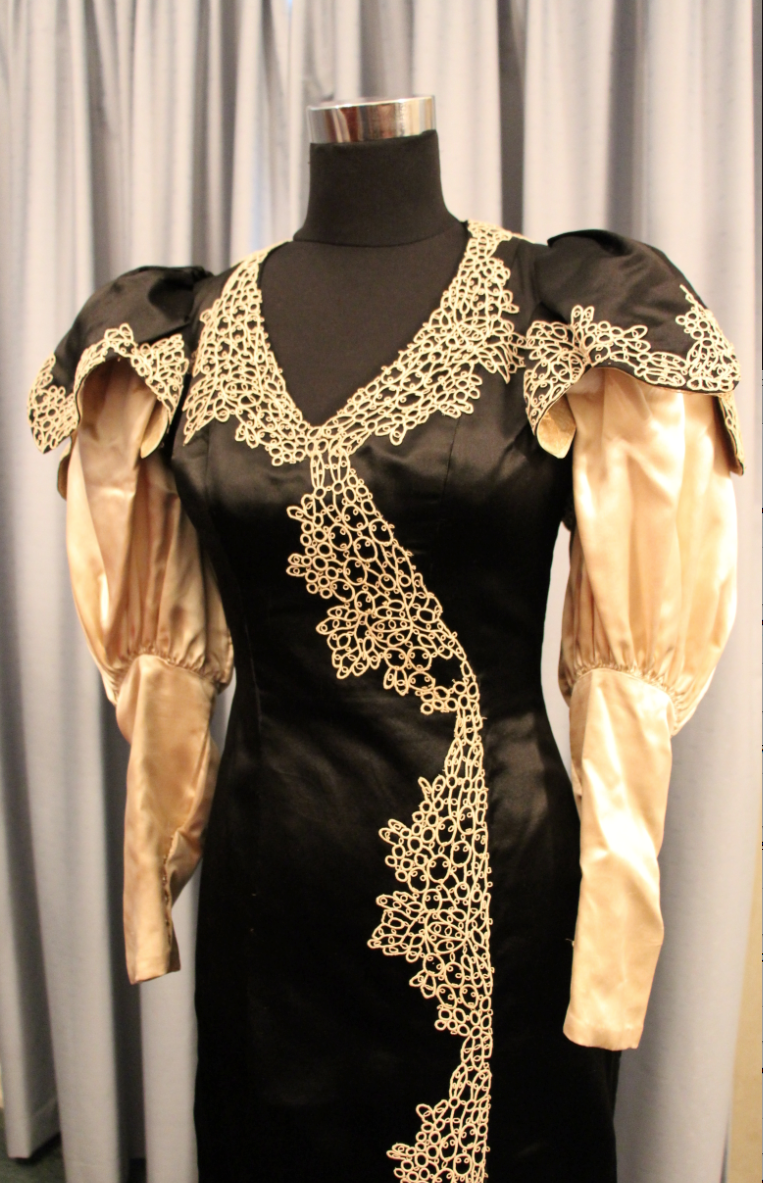 The rear features a beautiful train effect as you can see below.

The gown is worn by Mae West in key scenes in the film and in her role as ‘Ruby Carter’.  It is worn in the scene where West attends a boxing match and again on her return. Here are some stills from the film  with West wearing the gown. 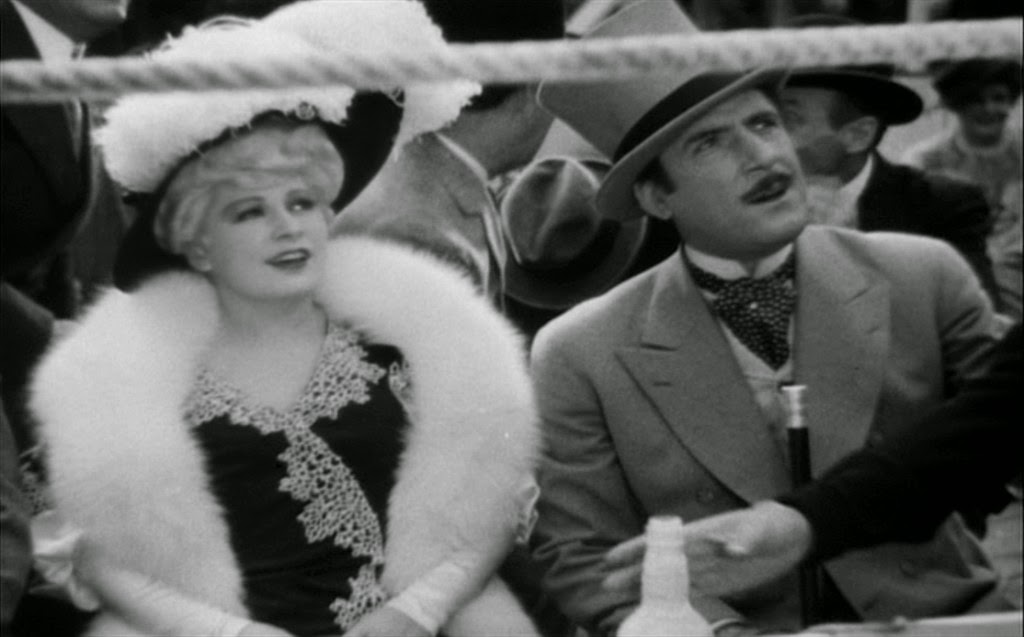 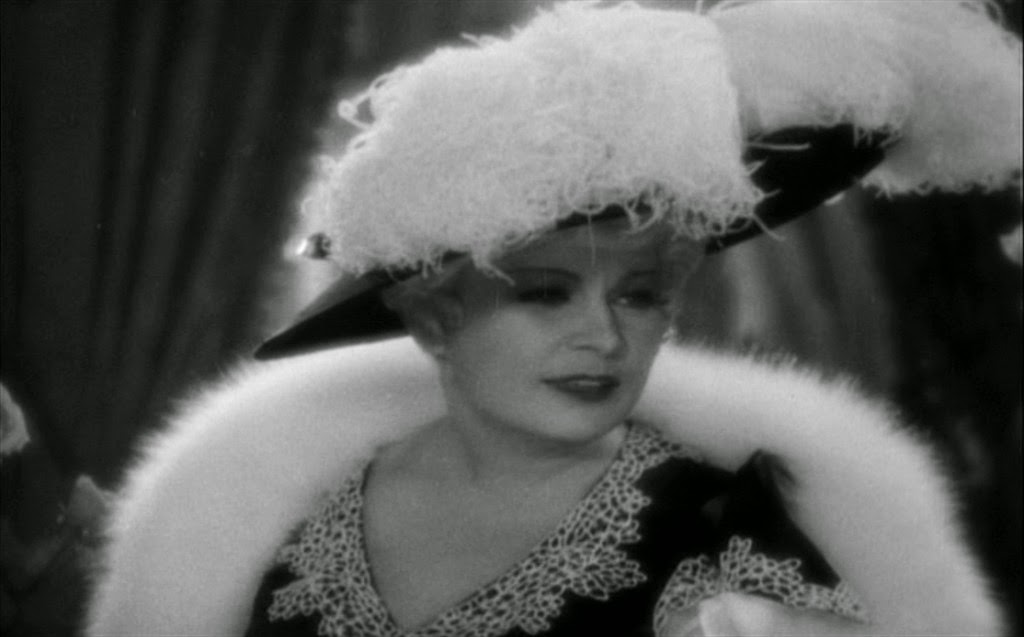 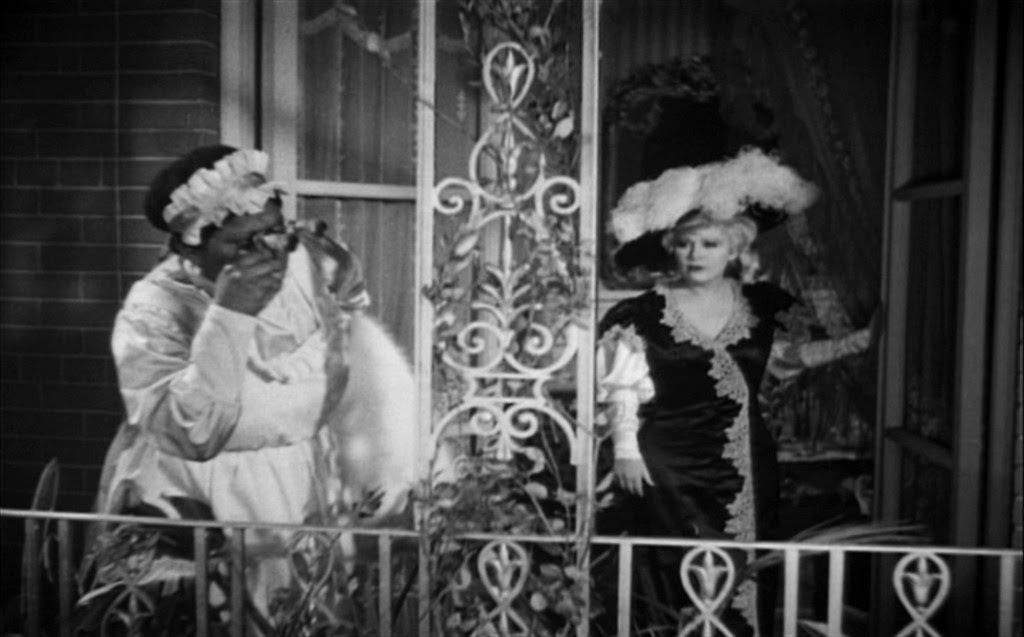 This is the original poster art from the film's 1934 release. 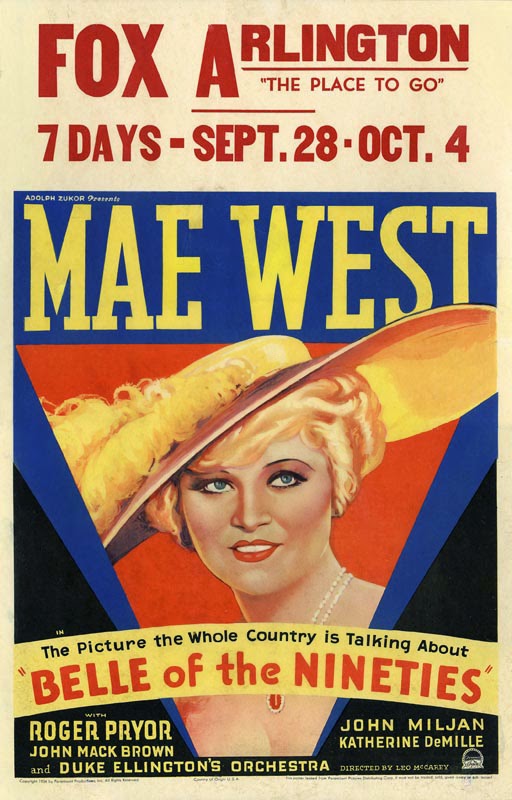 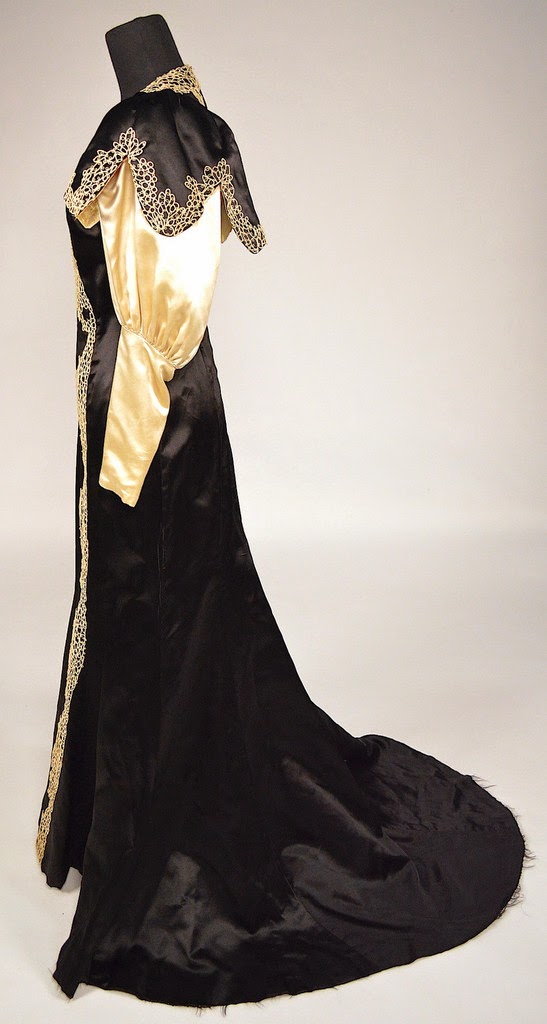 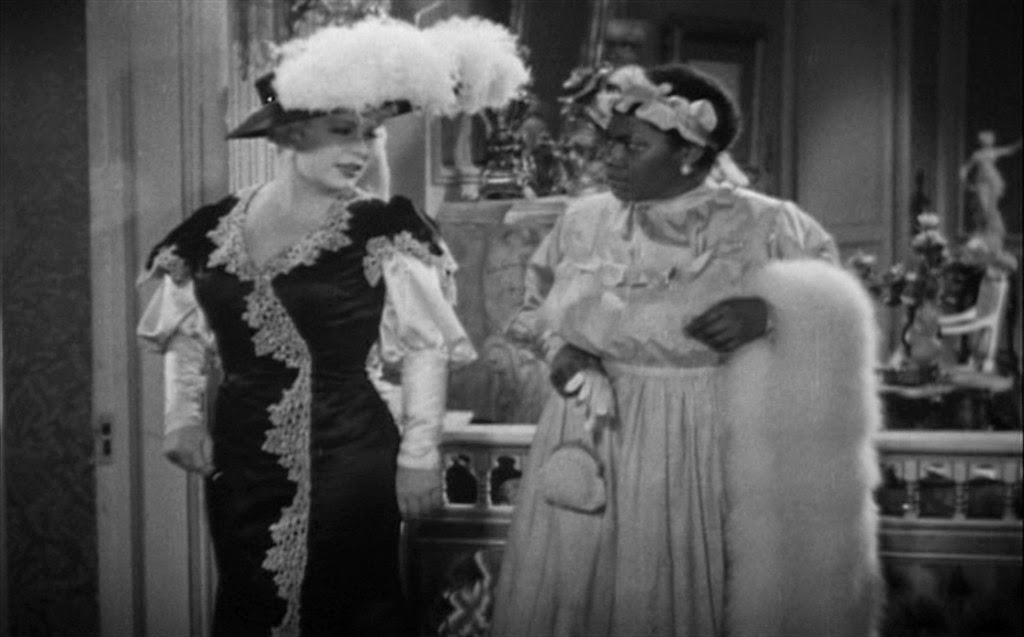 The dress was worn a year after its use with West by Sarah Edwards as “Mrs. Myron Carey” opposite Charles Laughton in “Ruggles of Red Gap”. Here is a still showing the gown when it was re used. 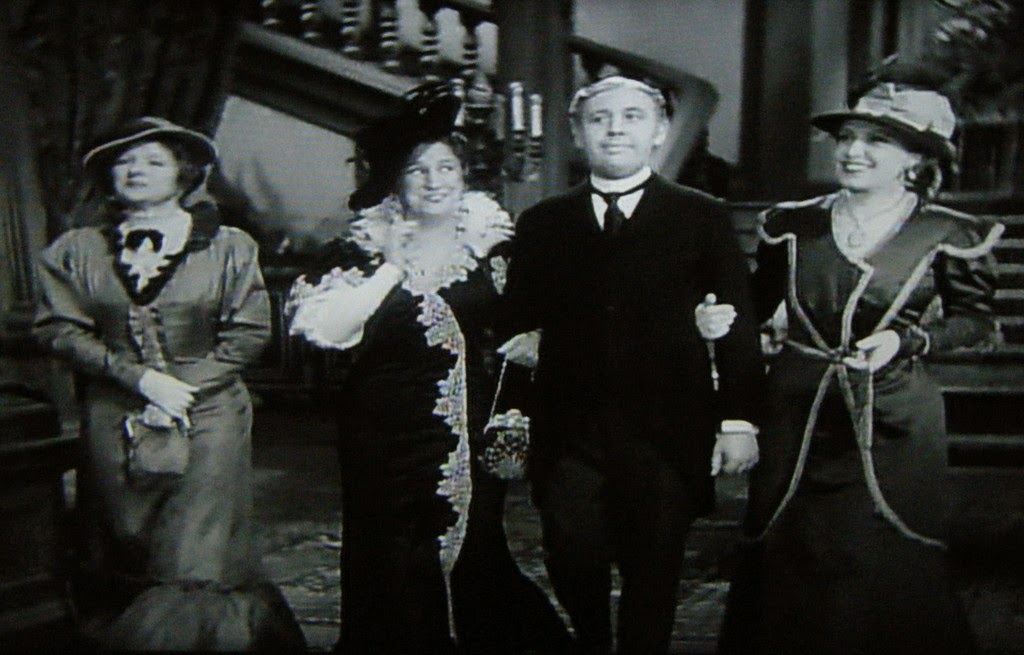 This wonderful early piece of cinematic history came to me from the Debbie Reynolds collection.

Belle of the Nineties was the fourth of the films West made at Paramount. Based on any original story titled ‘It ain’t no sin’ and written by West herself. Mae West is now known for her wonderful one-liners in films, which are still quoted today.  Ranked as 15th in the world’s greatest female stars, she will always be the gal who you want to come up and see! My favorite of all her film quotes, is when an admirer complements West on her diamonds with’ goodness what beautiful diamonds’….Mae’s response….’goodness had nothing to do it dearie’…indeed. 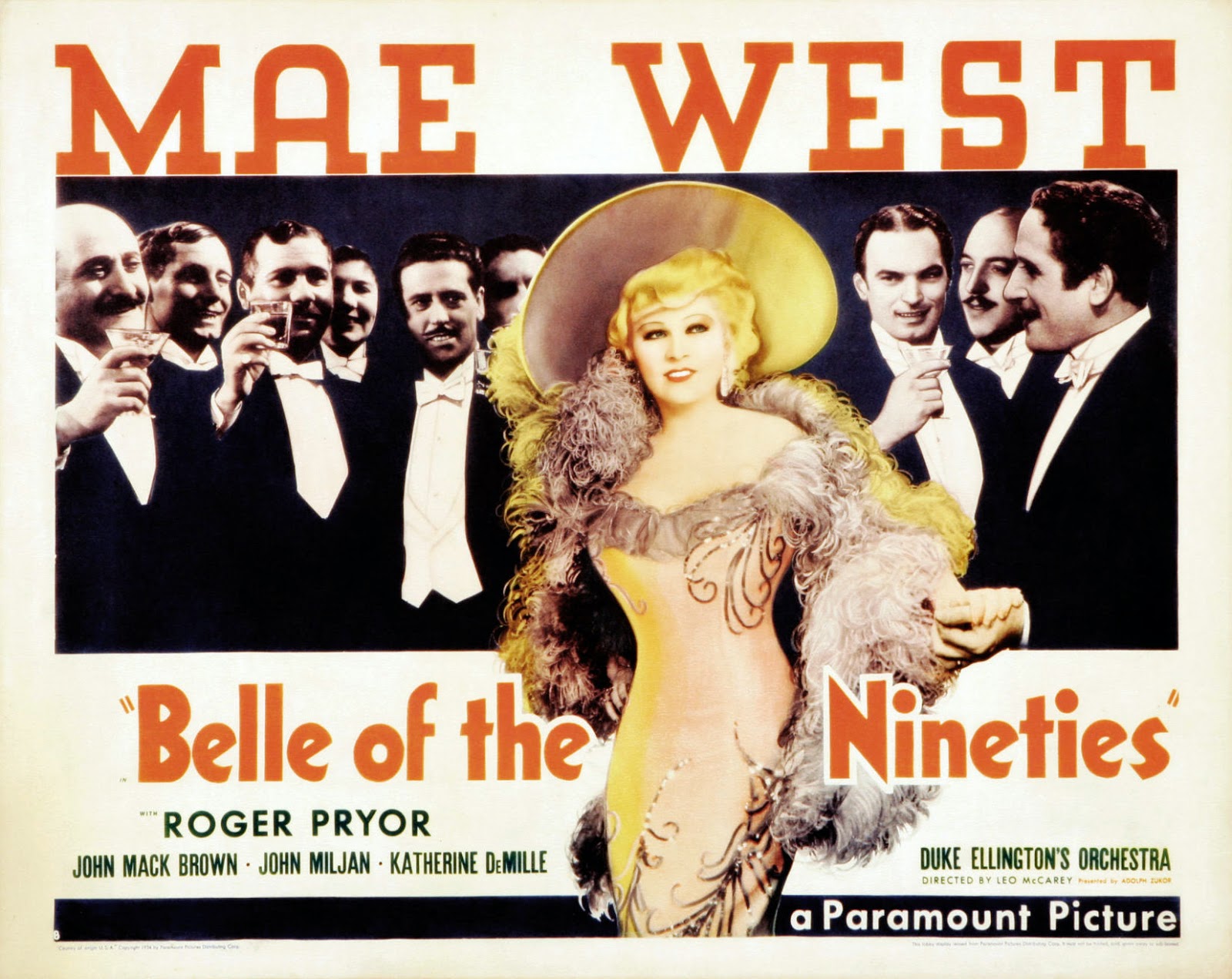 Posted by thecostumecollector at 12:11 AM 2 comments: