GLORIA GRAHAME QUEEN OF THE NOIR 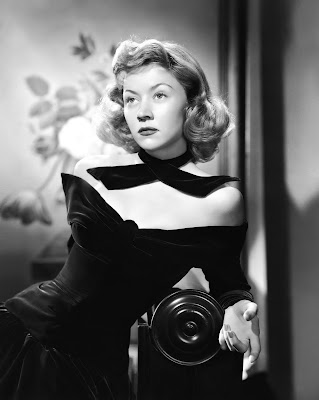 Grahame was a wonderful actress who worked both in film and theatre. Beginning her career at MGM, she was later moved to RKO where she appeared in various film noir classics. In fact she received a nomination for an Academy Award for Best Supporting Actress for Crossfire (1947) for one such role.
Grahame made her film debut in Blonde Fever (1944). Grahame also starred with Humphrey Bogart in the 1950 film “In a Lonely Place”, a favourite of mine. I also think she was great in “The Man Who Never Was”. 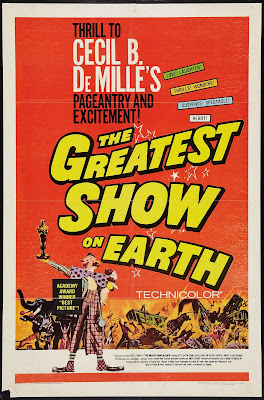 Here is a wonderful circus costume worn by Gloria Grahame in the film “The Greatest Show on Earth” which was another Cecil B. DeMille epic focusing on the lives of circus people in times of both financial and personal hardships. 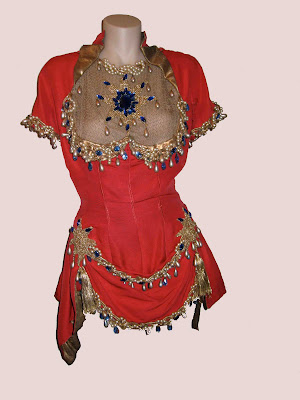 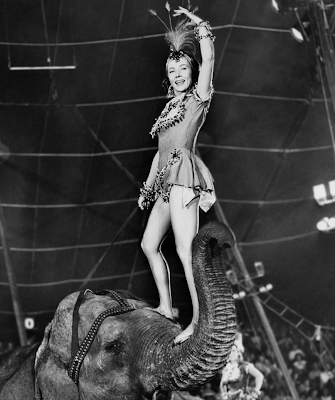 The red performance outfit with gold lame inserts is highlighted by faux pearls and beading. Gloria Grahame portrays the elephant girl who attracts the unwanted attentions of Lyle Bettger who plays an elephant trainer but secretly pines for Charlton Heston. Costumes were designed by Edith Head and Dorothy Jeakins and Miles White undertaking the circus costumes. 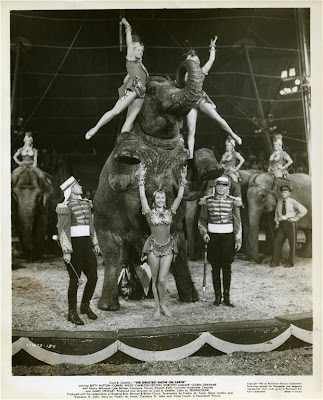 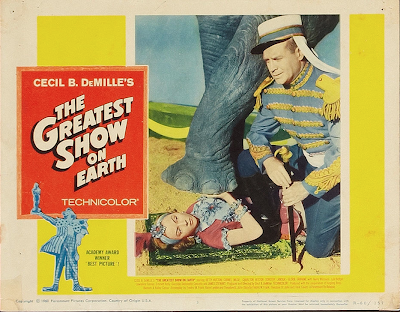 The film was nominated and won the Best Picture Oscar for 1952. 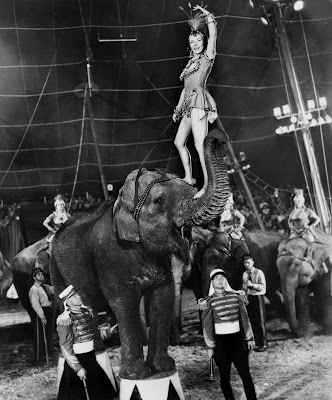 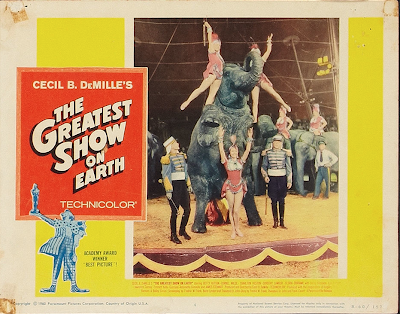 Grahame actually won an Oscar for her role in The Bad and the Beautiful (1952).

Sadly Grahame became ill with stomach cancer and refusing to accept that she was ill and receive treatment, she passed away in 1981 following complications. 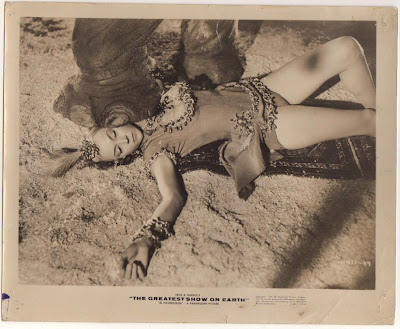 And yes she did marry her own stepson.

Posted by thecostumecollector at 12:37 AM