This is a period gown worn by actress Grace Kelly in the 1956 MGM film “The Swan”. 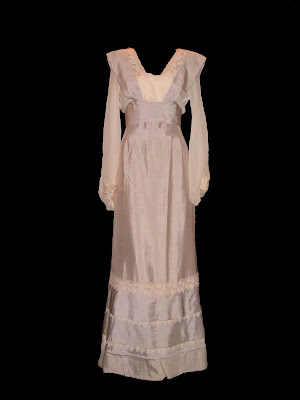 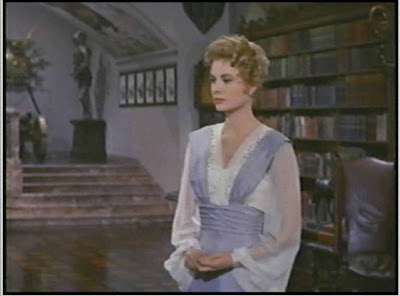 The film was one of the last in production for MGM with Grace Kelly before she left Hollywood to become Princess Grace of Monaco. The film tells the story of the daughter of a minor European royal house who is being considered as a wife for her cousin, the heir to the throne. The film’s theme was rather prophetic and mirrored what was to occur in real life. In fact MGM held the release of the film to correspond with the wedding day of Grace Kelly to Prince Rainier of Monaco.

The costumes for the film were designed by Helen Rose. The costume consists of an embroidered cream blouse with a silk dress overlay decorated with a floral motif.

This is a copy of the original sketch designed and executed by Helen Rose showing the costume. 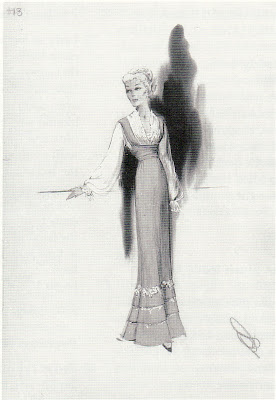 Grace Kelly is seen here on the set of ‘The Swan” and between takes in the costume. 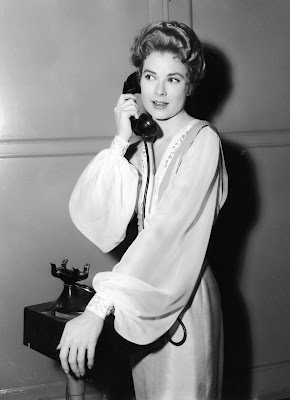 The silk blouse was also seen on the cover of Screen Stories Magazine. 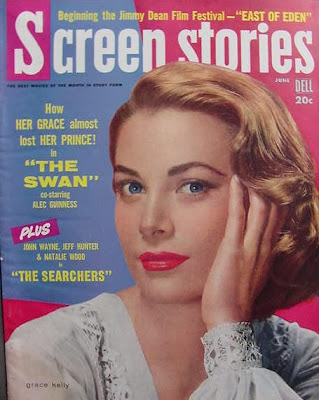 Grace Kelly as an actress was keen to involve herself in the workings of film and especially with costume. Kelly worked closely with the designers to ensure the accuracy of the costume for the period and the look of the film.

In the 1970’s the Metropolitan Museum of Art in New York, held a retrospective of film costume. Kelly who visited the exhibition commented on the costumes that were on display from “The Swan” The gowns had been paired with shoes and parasol’s that were not original to the costume or in fact looked appropriate for the costume. Kelly commented on this aspect of the exhibition. Her awareness of film costume and what was correct never left her.

Grace Kelly enjoyed working with Helen Rose in many of her films as well as in her private and public life. In fact Helen Rose went on to design one of the most famous wedding gowns ever for Ms Kelly with her marriage to Prince Rainier.

A costume fit for a Princess!
Posted by thecostumecollector at 7:51 AM